It is almost entirely covered by the beautiful Botanical Garden with plants coming from remote lands and all species of pheasants, white peacocks and parrots living freely. 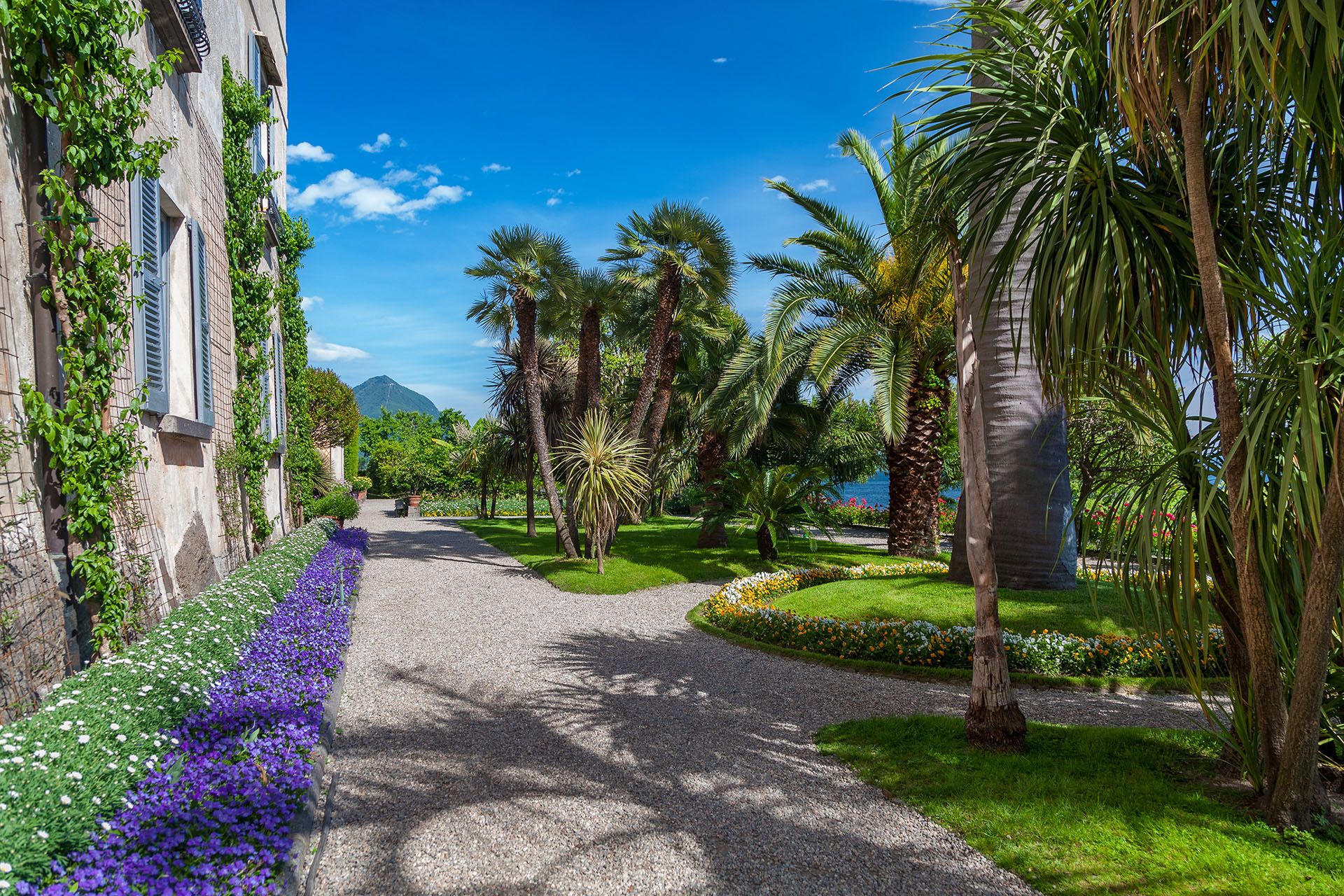 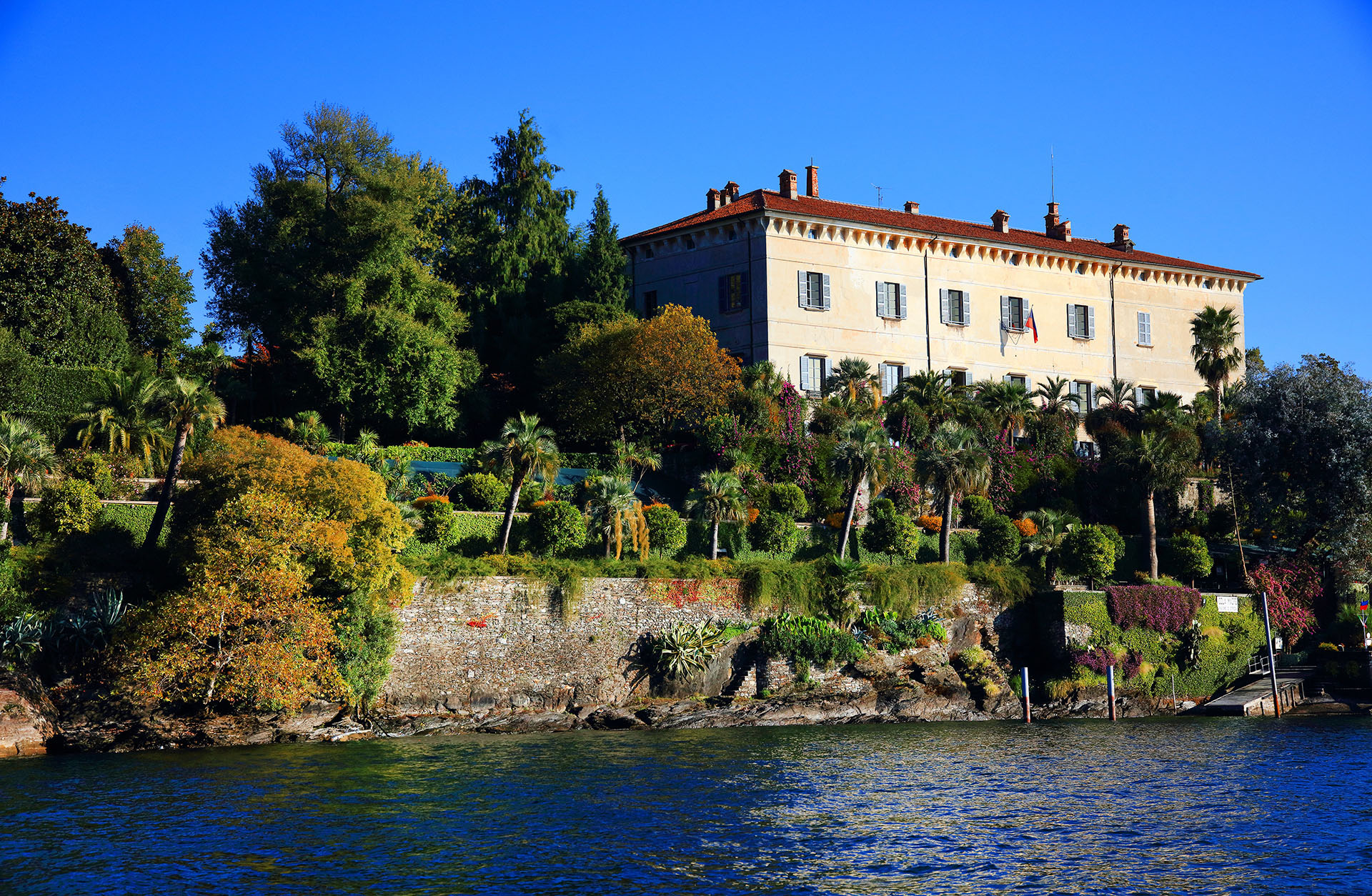 Isola Madre is the world ‘largest of the three Borromean islands, but the archipelago that in the old “obeyed” the noble family matters, in hindsight, five: Isola Bella, the rock of Malghera, Isola Pescatori, Isolino of St. John at Pallanza, and Isola Madre.

Isola Madre was the first to see built on its shore, by the noble family of Borromeo, a building (or, as we used to say, “is a palace or house, luoco of delitie”).

In fact, the Isola Madre – which already has an ancient history (you think about it, was martyred sant’Arialdo, but before you passed probably in the fourth century saints Julius and Julian) – after seeing rise in their forests a castle and a church, with its cemetery becomes a garden of citrus.

It is in fact changed dramatically, thanks to the intervention of Count Borromeo Lancelot from 1501, he recreate his wife, Lucia Adorno, a Genoese, a place where citrus fruits brought from Liguria can make it seem like the Lake Maggiore a garden of the Hesperides similar to those that bloom in the Ligurian Riviera.

We can, and Isola Madre becomes that magnificent garden, then turned to English in about 1823-1825, with rare plants from all over the world, now the envy of the whole of Europe Borromeo.

But even at the beginning of the nineteenth century, Isola Madre, though still a country estate, was fascinated by the noble ladies.After we had passed Casanova, in the company of two gallant and available bridesmaids (aunt and nephew, the island had a lot granted, as a “courtesy” … and thank you!), Elizabeth of Brunswick Wales, rumored estranged wife of King George IV, we had stayed longer, putting pressure on Borromeo to buy the island …But the family did not give up, and the princess was gone with empty-handed …Butler and her lover-Italian who consoled around Italy in search of another villa to buy.

Today, after the building has experienced episodes of homes by members of the House of Borromeo, was for a year or two even hotel (1920-21), Isola Madre beautifully revived with a garden location in the middle of the Gulf protection from winter frosts, allowing you to keep rare plants and rare.

Thanks to the intelligence of Princess Bona Borromeo Arese, late collector, the palace furnishings inside rich XVI-XIX century, backdrops and puppets of home theaters Borromeo, paintings, statues, ancient books, precious and unique in the history they tell.

Adjacent to the building is the chapel, built starting in 1854, where the Borromeo sometimes celebrated baptisms and weddings, but that was conceived as the ultimate rest for the remains of Vitaliano IX, Count scientist, and his wife, Maria D’Adda and in September 2004 Lavinia Borromeo and John Elkan convolavano to the wedding, in a stunning setting only modern in the world.

Today, the gardens and the palace there are the exhibitions, festive events and social events, concerts of classical music opportunities that can be enjoyed thanks to the routes operated by the boats of the Motoscafisti the Borromean Islands.